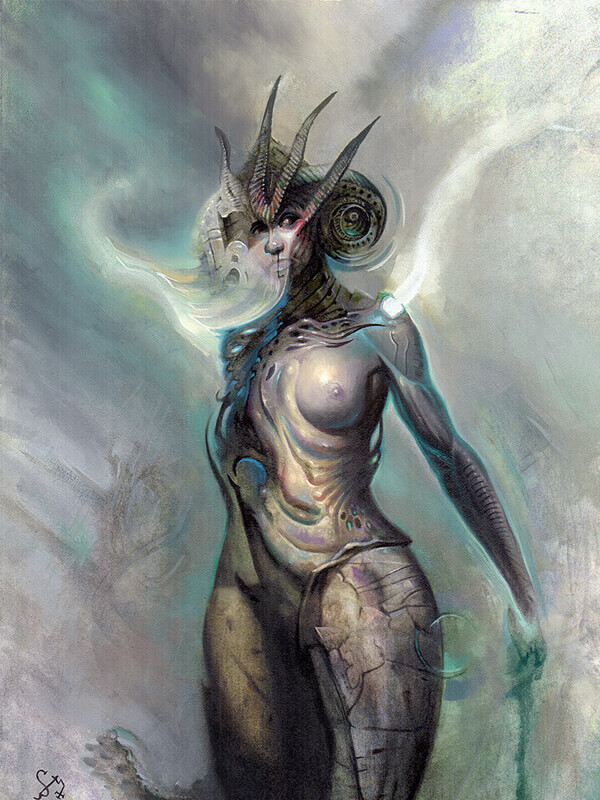 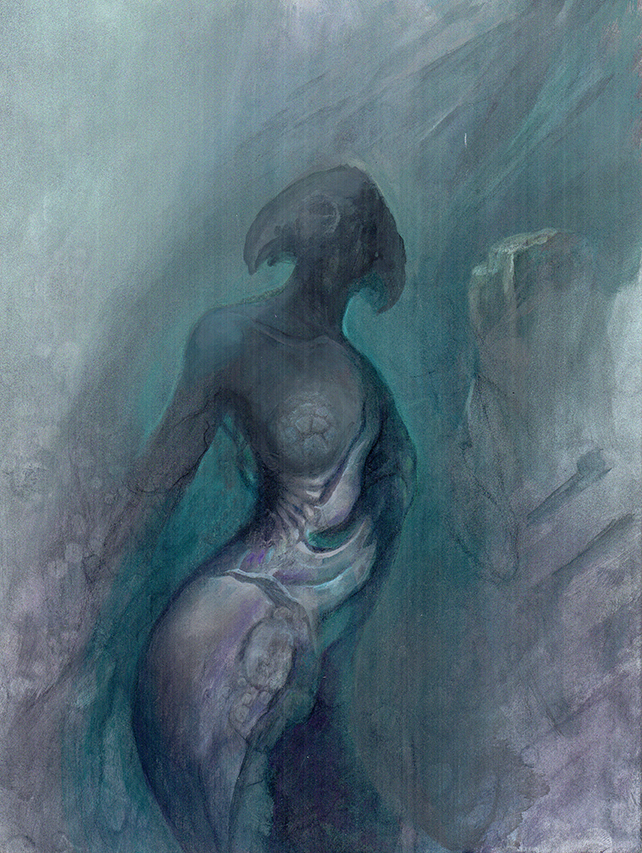 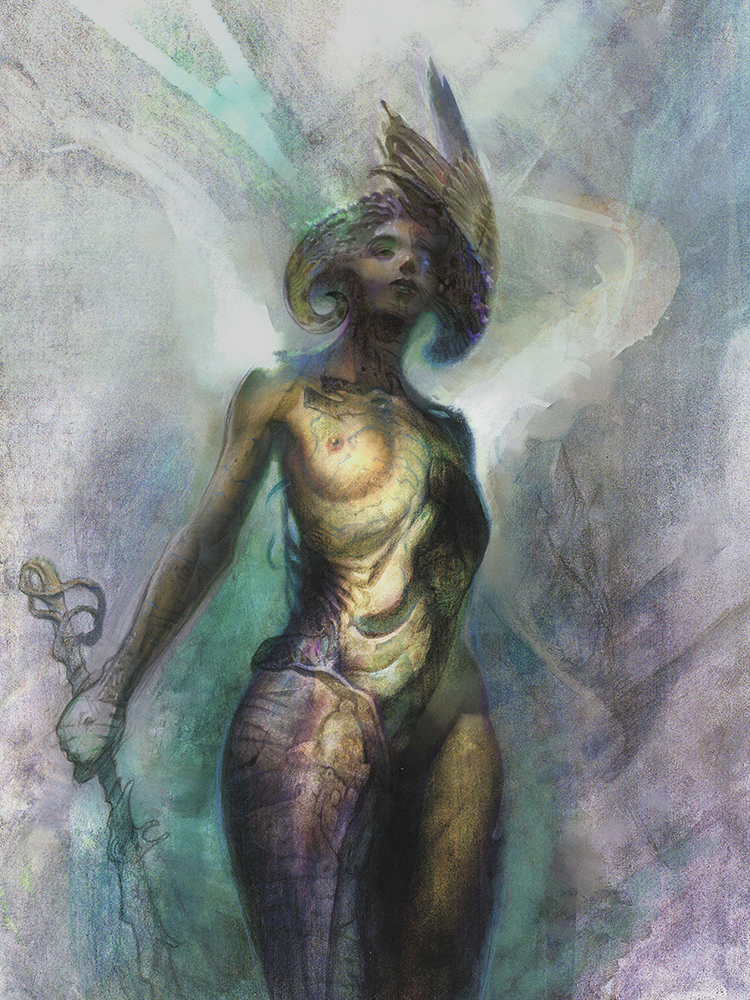 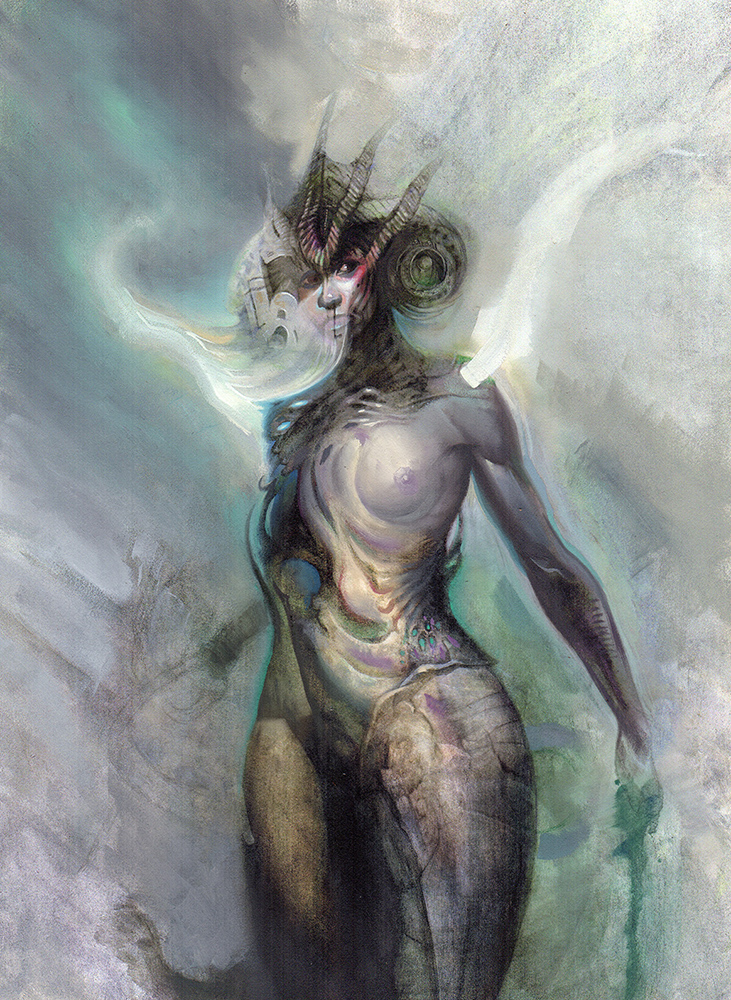 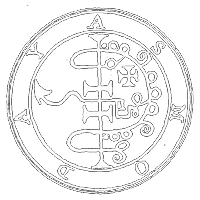 (32.) Asmodai.-The Thirty-second Spirit is Asmoday, or Asmodai. She is a Great King, Strong, and Powerful. She appeareth with Three Heads, whereof the first is like a Bull, the second like a Man, and the third like a Ram; she hath also the tail of a serpent, and from his mouth issue Flames of fire. Her feet are webbed like those of a Goose. She sitteth upon an Infernal dragon, and beareth in his hand a Lance with a Banner. She is the first and choicest under the Power of Amaymon, he goeth before all other. When the Exorcist hath a mind to call her, let it be abroad, and let him stand on his feet all the time of action, with his Cap or Head-dress off; for if it be on, Amaymon will deceive him and call all his actions to be bewrayed. But as soon as the Exorcist seeth Asmoday in the shape aforesaid, he shall call him by herName, saying: “Art thou Asmoday?” and she will not deny it, and by-and-by she will bow down unto the ground. She giveth the Ring of Virtues; she teacheth the Arts of Arithmetic, Astronomy, Geometry, and all handicrafts absolutely. She giveth true and full answers unto thy demands. She maketh one Invincible. She showeth the place where Treasures lie, and guardeth it. She, amongst the Legions of AMAYMON governeth 72 Legions of Spirits Inferior.